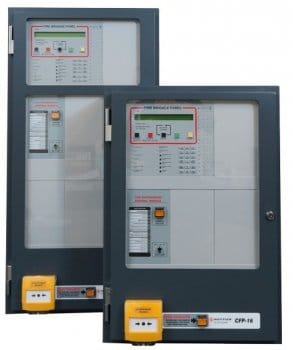 The standard panel is equipped with 8 detection zones but may be extended to 16 Zones by the addition of an 8 Zone expansion module and incorporates one Extinguishing Agent Release zone module. The module provides for connection of visual warning devices and Local Control Stations (LCS)

The system can be configured for either single or dual activation (double interlock) prior to release. Adjustable time delays between second stage alarms and extinguishing agent release are also provided.