Prior to 2015 if AS 1670.1 talked about networks it meant the Telecommunications network, the Aspirated SD pipe network or the fire monitoring network.

AS1670.1 treated the connection of FIPs and SIPs in a similar way whether they were in one or multiple fire detection and alarm systems. Manufacturer’s data sheets promoted the technical benefits of their product but there was little information on how they should operate.

In 2015 the first networking clauses were introduced focusing on how networks should operate with the actual details of what the physical connection would look like being handled by the transmission path (TP) requirements.

For the first time, the standard differentiated between Distributed systems, where parts of the FDCIE are distributed within a single fire detection and alarm system (FDAS) and networked systems, where FDCIE across multiple FDAS are interconnected. 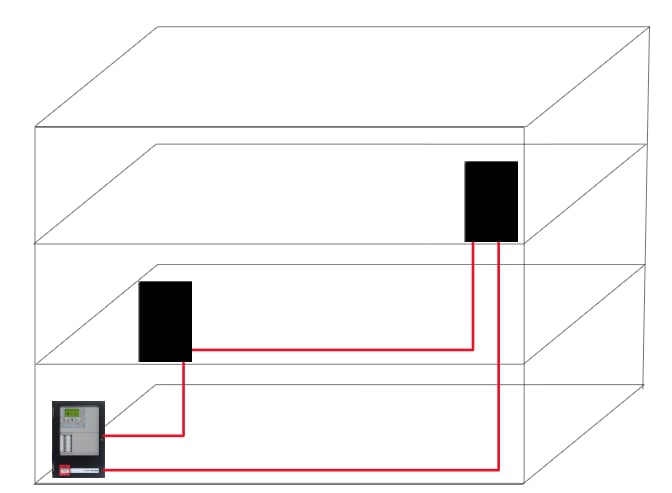 The 2015 edition gathered the existing practices together in a dedicated clause without really imposing new requirements. However. there were some notable changes:

The 2018 edition introduced some important additional requirements on network operation. There are two important changes worth discussing.

Hope you found this blog informative and a blog on Distributed CIE will be posted soon and I recommend that you read it.

Tweet
Tagged under
More in this category: « How to Optimize Smoke Detection and Minimize Disruption in Large, Busy Buildings - Part 2 5 Ways CLSS Can Make You and Your Buildings More Efficient »
back to top